A guide to open spaces: Scotland 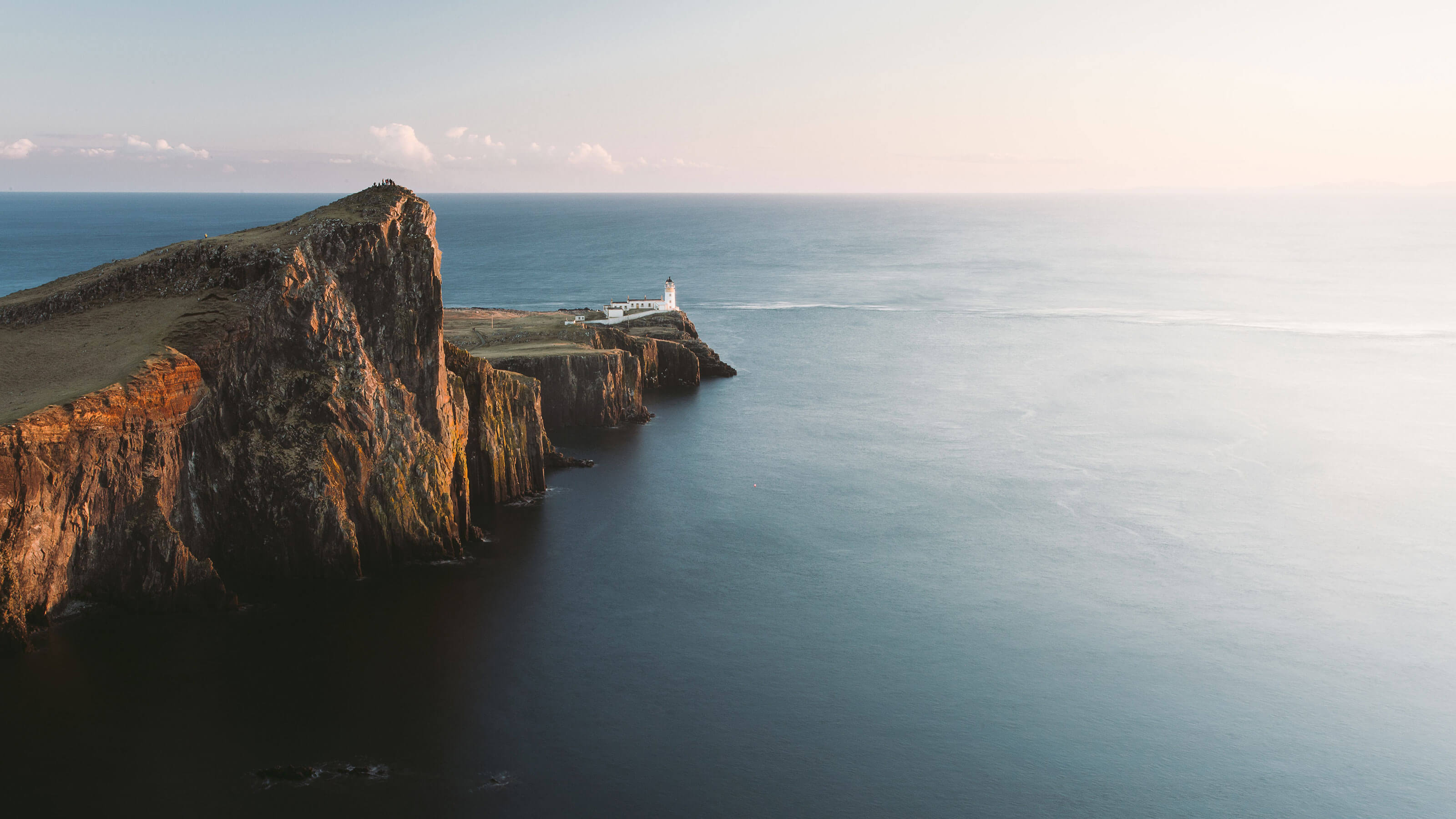 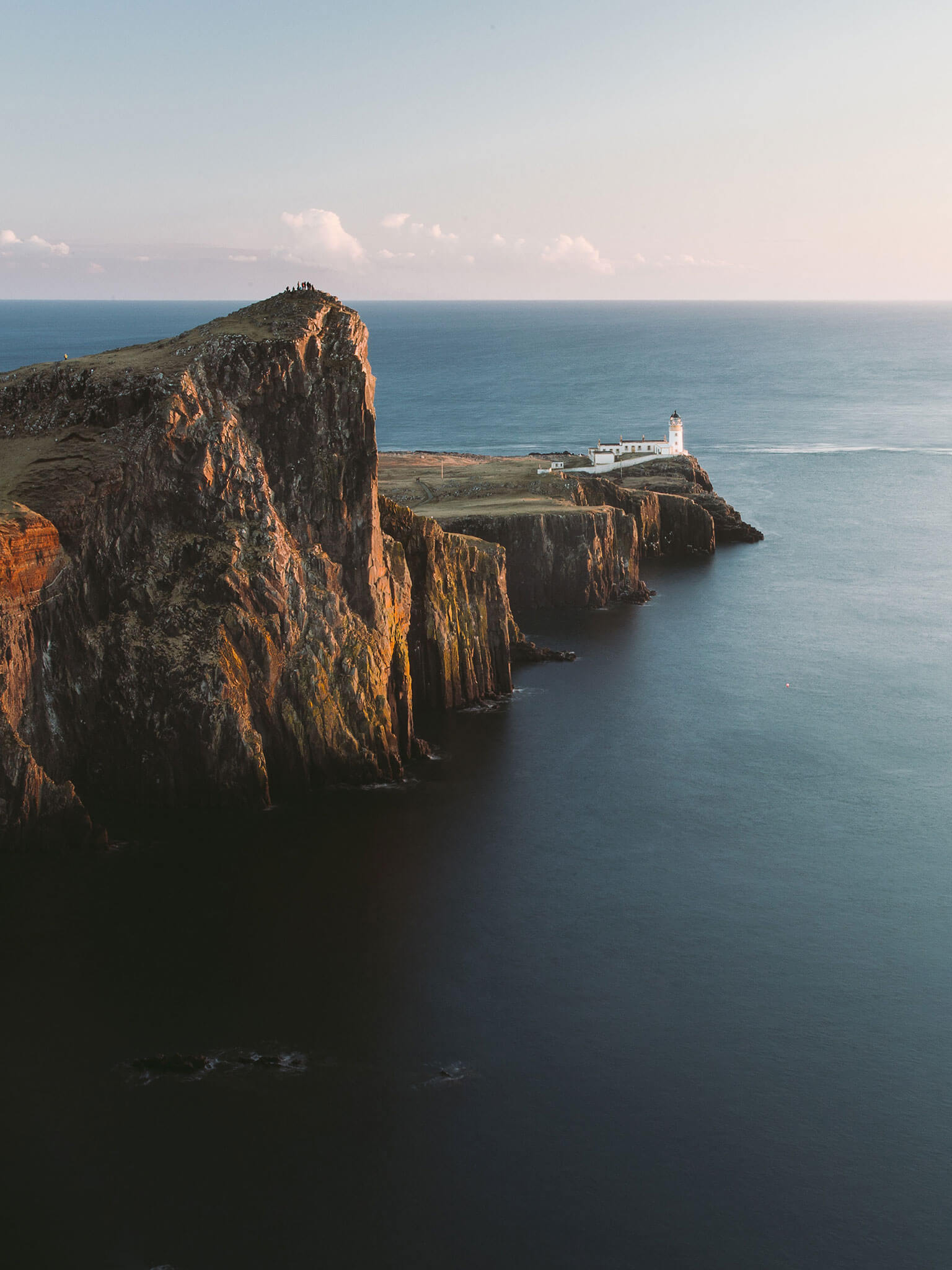 We explore Scotland and show you some of the best, and most secret outdoor spaces this beautiful country has to offer.

From staycations, walks with friends, or meeting family and loved ones, it’s a must visit for city goes and countryside-lovers alike having been voted as the world’s most beautiful country in 2017 by the Guardian newspaper. It may not be know for its weather, but when the sun comes out there are few places that can rival the beauty of Scotland.

Their capital city Edinburgh is repeatedly named as one of the best cities in Europe, and is steeped in history and grandeur. Glasgow on the other hand is Scotland’s largest city and will undoubtedly keep you occupied for days, if you are looking for something to keep you entertained, then you won’t be struggling for idea’s here. What Scotland may be best known for however, is its breathtaking countryside. Thousands of miles of gorgeous paths, hundreds of remote islands, dozens of mysterious lochs and unlimited views around its borders.

We had great difficulty narrowing down our list to just 12 places that you should visit, but we’ve done our best to cater for everyone. From viewpoints and family spots, to tucked away nook’s, gentle strolls and picnic places, we’ve compiled our favourites below.

The panoramic views from Calton Hill have astonished and inspired visitors for centuries. Major landmarks can be seen from a bird’s eye view: Arthur’s Seat with the Crags behind Holyrood Palace, Princes Street in its New Town grid and the Royal Mile climbing up towards the Castle. On Calton Hill itself are: National Monument, Nelson Monument, and the City Observatory. Sunset here is undoubtedly the perfect time to “wine” down and with so many amazing sights to see, we’re fairly confident your camera roll will get a lot fuller after a trip here.

‍A whimsical garden on the outskirts of Edinburgh, Jupiter Artland is designed to take you on a journey. Full of surprises, from the initial 'Life Mounds', which visitors drive through on entering the park, to the jovial creation by Jim Lambie. With no set routes through the park and an emphasis on exploration and discovery, you are left to engage with the artworks and the land as a whole. Jupiter also provides workshops and tours if you are looking for a more hands on experience. A tranquil hidden gem to engage in culture with your loved ones.

Best for: History, days out, picnics

“An oasis of calm in the city”, the Dean Village is an area of tranquil greenery, only five minutes walk from Princes Street. Photogenic? Yes indeed. The village used to house mills, of which remnants can still be seen today. Look out for mill stones and carved stone plaques with baked bread and pies.  Now it’s largely residential, with museums and galleries nearby, but with zero compromise on charm. If you’re looking for a quiet area of Edinburgh to catch up with a friend, then grab your ta. gift box and head down to Dean Village.

This 85-acre site is the go-to place for meeting friends and family. Museum, art galleries, tennis courts, cafés, orienteering course, gardens, skateboard parks and large flat greens can all be found here. Right in the heart of Glasgow, and next to the University. It’s a great place for students and families alike to come down and chill out, kick a ball around or enjoy a sunbathe. All the amenities of the city are on your doorstep so there’s no better place to kickstart your Glasgow adventure than from Kelvingrove Park.

‍Glasgow's largest and only Country Park, features extensive woodlands and gardens that are a quiet sanctuary for visitors and wildlife alike. The Pollok estate is the ancestral home of the Maxwell family and is also home to the world-famous Burrell collection. If you’re looking to experience all of the 360 acres of land, then there are several cycling routes to choose from too. Rest assured all skill levels are catered for. So bring a flask of Brew Co. Tea and your Border biscuits, and enjoy an afternoon cycling through this magnificent estate.

‍Situated in the centre of the Loch Lomond and The Trossachs National Park, Loch Katrine is the second largest in the area but arguably the most beautiful. Inspiration for the famous 19th century poem, The Lady of the Lake, and frequented by Queen Victoria in the 19th century. Whilst there are many truly awesome walks to go on here with breathtaking views, we think the best way to experience Loch Katrine is on the water. The Sir Walter Scott steamship still ferries passengers around the lake, as it has done since 1899. Or maybe venture out on a kayak for an even more personal experience.

Claimed to be the largest forest in the UK, Galloway Forest Park really does have something for everyone. Want to bring the kids for the day? There’s adventure trails and visitor centres to entertain them for hours. Looking for some adventure? Miles of bike trails and paths, that range from relaxed to challenging, should keep you busy. Or perhaps the best way to experience Galloway Forest Park is to visit at night. Designated as a Dark Sky Park, the first in the UK, which makes it a fantastic place to view a starry night. Over 7,000 stars and planets are visible every night with the naked eye, and even the northern lights are known to make a regular appearance. A great spot for those wanting to up their night photography game.

‍Famous for the opening scenes of the film Chariots of Fire, West Sands extends for almost 2 miles of uninterrupted sand backed with dunes and the world-renowned golf course. If you’re thinking that a beach in Scotland won’t work because it always rains, then you’ll be surprised to hear that West Sands is one of the sunniest and driest places in the whole UK. The south end is popular with beachgoers as it’s the most open area, whilst the north is popular with surfers and sailors. You are even allowed to bring your pooch in the off seasons. Sandcastles and mimosas anyone?

‍Lochs offer some of the most iconic scenery in Scotland and are arguably its most notorious feature. Loch an Eilein (Loch of the island) with its island castle ruin and stunning surroundings of forest and hill, is a much-loved favourite for all its visitors. Even Warburtons bread named it as their favourite picnic spot in Britain. From all angles, Loch an Eilein is incredibly photogenic making it very popular with photographers, amateur and professional alike. Where would you get the perfect snap? Stick to the shoreline and capture the water up close, or climb to the top of the nearby hills and commemorate the scene with a bird’s eye view? Just don’t forget your ta. gift box and the hashtag, #taverymuch.

If you’re looking to get out into the wilderness and travel further afield, then look no further than the Isle of Skye. For simply jaw-dropping scenery that can’t be found anywhere else in the world, you simply must add the Isle of Skye to your travel list. You could easily spend a whole weekend exploring this 640 miles squared island, but our favourite places are the Old Man of Storr (pictured) and the Fairy Pools. Famous for its magnificent scenery and views, the Old Man of Storr is a popular hotspot for hikers, hill walkers and photographers. Whilst the Fairy Pools are beautiful rock pools of crystal clear spring water fed by a series of waterfalls from the Cuillin Mountains. We’d recommend an extra storage card or rolls of film, because you’ll likely be taking a lot of pictures!

Neist Point is one of the most famous lighthouses in Scotland, found at the most westerly tip of Skye near to the town of Glendale. The lighthouse itself was first lit in 1909 and an Ariel cableway is used to take supplies to the lighthouse and cottages. The walk down allows for stunning views of the high cliffs and the sunset view of the lighthouse itself is even more spectacular, making this a top destination for landscape photographers.

Built in the mid-1400s by  Sir Colin Campbell, 1st Lord of Glenorchy, this giant castle was designed to ensure Colin’s loyalty following the sudden death of his elder brother, Gillespie. Although you can currently only view the exterior, the castles’s dramatic situation at the head of Loch Awe makes it one of the most photographed castles in Scotland. The surrounding picturesque landscape make for the perfect picnic spots as well as walking with friends and family.

Please make sure to follow any government guidelines whilst travelling Scotland, and be sure to enjoy the trip of a lifetime.

For the best Scottish outdoor experience, we’d highly recommend grabbing some of our boxes to share with friends and family.. Take a look here